Hoarding disorder usually affects older people who live alone. It is characterized by the total personal and social abandonment of a person, as well as by the voluntary isolation of that same person.

A hoarder spends most of their time at home and over time accumulates objects, rubbish and domestic waste in large quantities. A hoarder can be a danger to not only themselves, but to their neighborhood or apartment building. Accumulation attracts rodents, infections, insects, falls, or landslides due to overweight.

Sometimes this disorder is called Diogenes syndrome, but that is incorrectly named. Diogenes of Sinope was a Greek philosopher that was a huge advocate and promoter of the ideas of deprivation and independence from material goods, which is the opposite of what a hoarder is.

At Limpiezas Express we often collaborate with psychologists, welfare centers, and other social work organizations. In some cases it can take over 10 years to realize this problem which can lead to a huge amount of accumulation.

We have a wide variety of services at your disposal in order to leave a house spotless. You can even request a free online estimate without any commitments. 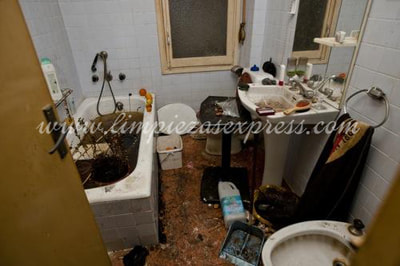 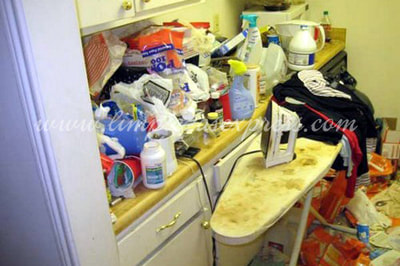 How do you hire our hoarding disorder cleaning services in Spain?

Through us, you’ll be able to make good use of this home within a short period of time. All you have to do is fill out an online form and wait no more than 48 hours for your personalized estimate.

Im very happy with the service and im definitely recommend it to someone looking cleaning on a new apartment or after construction.

They are very like into detail they really go into the corners I will definitely recommend them and its very well organized.